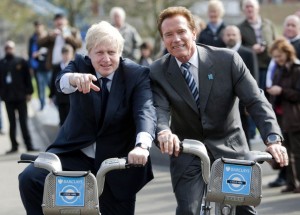 any of us film buffs have wondered what was next for Arnie. Another Terminator film, a Twins sequel with amorphous monkey face Danny deVito or some hopeless comedy clone of the like of Junior?

Well true to his word he is back and it’s none of the above…..for Arnold Schwarzenneger is….. END_OF_DOCUMENT_TOKEN_TO_BE_REPLACED