So, here we are at the end of all things. The world is going to end tomorrow…apparently. That is, according to Christian Radio Broadcaster Harold Camping who has got his wee calculator and his bible out, done some Stephen Hawing style maths and discovered that the day of the rapture is 21/05/2011.

I hand you over to www.lifeslittlemysteries.com to explain the unexplainable:

“He (Camping) believes Christ was cruxified on April 1, 33 A.D., exactly 722,500 days before May 21, 2011. That number, 722,500, is the square of 5 x 10 x 17. In Camping’s numerological system, 5 represents atonement, 10 means completeness, and seventeen means heaven. “Five times 10 times 17 is telling you a story,” Camping said on his Oakland-based talk show, Family Radio, last year. “It’s the story from the time Christ made payment for your sins until you’re completely saved. I tell ya, I just about fell off my chair when I realized that.” ” 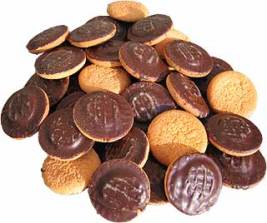 Anyway, it seems that our religious friend has been at this nonsense before.

This particular butterbean claimed in the early 90s that 29th of October 1994 was the big date. Auld Harry must have felt a little silly, sitting in his best party frock waiting for God who, as we know, was late to the party. 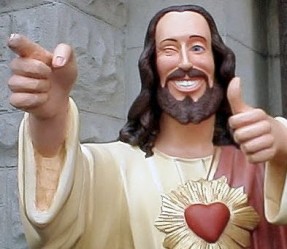 It is funny when these nutbars use particular passages in the bible to their own end. Ten minutes of internet research and I found Matthew 24:36:

“But of that day and hour no one knows, not even the angels of heaven, nor the Son, but the Father only” –

In English I suppose this means that it’s a bit like trying to guess the end of “Murder She Wrote” halfway through, only Jessica Fletcher really knows who did it and will tell us in her own time so maybe try reading the whole book next time you silly auld coot.

On the other hand, if his magic calculator happens to be right, don’t worry. No-one will give a Fuck come tomorrow, there’ll be more important things to worry about.

He turned around, and looked at them and called down a curse on them in the name of the Lord.

Then two bears came out of the woods and mauled forty-two of the youths.”

If I could command the power of two bears against anyone who called me Baldhead I would be at church every day.

19 thoughts on “Rapture This”

Leave a Reply to To Martin Cancel reply